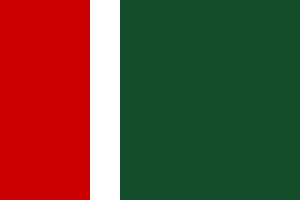 The Potato Obsessed Republic of Storalia is a gargantuan, environmentally stunning nation, ruled by Sekro Vokyora with a fair hand, and notable for its smutty television, otherworldly petting zoo, and absence of drug laws. The compassionate, hard-working, democratic, cheerful population of 14.072 billion Storalians hold their civil and political rights very dear, although the wealthy and those in business tend to be viewed with suspicion.

The enormous, liberal, outspoken government juggles the competing demands of Education, Environment, and Administration. It meets to discuss matters of state in the capital city of Storalisburg. The average income tax rate is 98.5%.

The frighteningly efficient Storalian economy, worth a remarkable 2,758 trillion Stora L'Kuns a year, is highly specialized and led by the Tourism industry, with major contributions from Information Technology and Book Publishing. Average income is an impressive 196,033 Stora L'Kuns, and evenly distributed, with the richest citizens earning only 2.2 times as much as the poorest.

Tabloids publicly shun nurses for not calling home on the weekends, religious terrorism is considered to be an Act of God by insurance companies, the government has officially clarified that "wee on your hands to save time" does not count as proper hygiene, and judicial robes are the country's hottest fashion trend. Crime is totally unknown. Storalia's national animal is the Dragon, which soars majestically through the nation's famously clear skies.