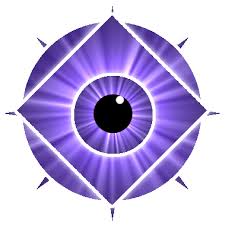 The Greater Worker's Union of Spodehaven is a gargantuan, cultured nation, ruled by The Omnipotent Eye with a fair hand, and notable for its daily referendums, devotion to social welfare, and stringent health and safety legislation. The compassionate, democratic, cheerful population of 17.958 billion Spodists are free to do what they want with their own bodies, and vote for whomever they like in elections; if they go into business, however, they are regulated to within an inch of their lives.

The large, liberal government juggles the competing demands of Defense, Education, and Industry. It meets to discuss matters of state in the capital city of Grand Underground. The average income tax rate is 98.2%.

The frighteningly efficient Spodish economy, worth a remarkable 4,579 trillion Yargons a year, is driven entirely by a combination of government and state-owned industry, with private enterprise illegal. The industrial sector, which is quite specialized, is led by the Information Technology industry, with major contributions from Tourism, Book Publishing, and Arms Manufacturing. Average income is an amazing 255,012 Yargons, and distributed extremely evenly, with little difference between the richest and poorest citizens.

A large-scale revitalization of the education system is underway, children must be board certified to append "Jr" to their name, black tea is only available on the black market, and asking 'does my bum look big in this?' leads to 30 hours of self-esteem classes. Crime is totally unknown. Spodehaven's national animal is the Walking Eye, which frolics freely in the nation's many lush forests, and its national religion is Spodeism.

Spodehaven is ranked 5,641st in the world and 30th in The Glorious Nations of Iwaku for Most Popular Tourist Destinations, with 1,939.47 Tourists Per Hour.