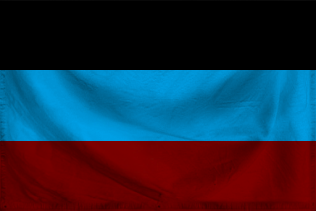 The Imperial Tsardom of Sparkvernia is a gargantuan, cultured nation, ruled by Tsar Kasimir Sparkos with an iron fist, and remarkable for its anti-smoking policies, triple-decker prams, and avowedly heterosexual populace. The hard-nosed, hard-working, cynical, humorless population of 20.493 billion Sparkvernians are kept under strict control by the oppressive government, which measures its success by the nation's GDP and refers to individual citizens as "human resources."

The relatively small, corrupt, moralistic, well-organized government juggles the competing demands of Defense, Law & Order, and Industry. It meets to discuss matters of state in the capital city of Czargorod. The average income tax rate is 17.1%.

The frighteningly efficient Sparkvernian economy, worth a remarkable 6,838 trillion novorubles a year, is broadly diversified and dominated by the Information Technology industry, with significant contributions from Beef-Based Agriculture, Arms Manufacturing, and Uranium Mining. Black market activity is rampant. State-owned companies are reasonably common. Average income is an amazing 333,721 novorubles, and evenly distributed, with the richest citizens earning only 4.5 times as much as the poorest.

Small businesses are gobbled up almost daily by corporate giants, anti-government demagogues have a devil of a time evading authorities, the government keeps its thumb on the scales of justice, and military information leaks are **REDACTED** by **REDACTED** in **REDACTED**. Crime, especially youth-related, is totally unknown, thanks to a capable police force and progressive social policies in education and welfare. Sparkvernia's national animal is the white hawk, which soars majestically through the nation's famously clear skies, and its national religion is Sparkvernian Tsarism.

Sparkvernia is ranked 30,076th in the world and 184th in Confederation of Corrupt Dictators for Most Authoritarian, with 1,678.14 milliStalins.

Exile Government of the RDFR,