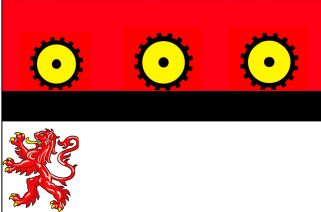 The Anarcho Capitalism of South Easthern is a colossal, environmentally stunning nation, ruled by Mr Remnant with a fair hand, and remarkable for its aversion to nipples, rampant corporate plagiarism, and public floggings. The hard-nosed, hard-working, democratic, cheerful population of 6.846 billion Owls are effectively ruled by a group of massive corporations, who run for political office and provide their well-off citizens with world-class goods and services. Their poorer citizens, however, are mostly starving to death while being urged to go out and get real jobs. The populace has reasonably extensive civil rights, although these are mostly aimed at allowing them to buy whatever they like.

The relatively small government juggles the competing demands of Education, Industry, and Administration. It meets to discuss matters of state in the capital city of Hoot City. Citizens pay a flat income tax of 5.6%.

The frighteningly efficient Owlian economy, worth a remarkable 1,861 trillion Feather Dollars a year, is broadly diversified and led by the Tourism industry, with major contributions from Information Technology, Retail, and Book Publishing. Average income is an amazing 271,839 Feather Dollars, but there is a significant disparity between incomes, with the richest 10% of citizens earning 819,192 per year while the poor average 70,326, a ratio of 11.6 to 1.

Religious households enthusiastically use whips in private, the amount welfare recipients spend on fertilizer has exploded, engine room hooch is the drink of choice among the nation's navy, and all footpaths have tollbooths. Crime, especially youth-related, is totally unknown. South Easthern's national animal is the Fire Bearded Dragon, which soars majestically through the nation's famously clear skies, and its national religion is The Creator.

South Easthern is ranked 69,526th in the world and 47th in The Hole To Hide In for Largest Automobile Manufacturing Sector, scoring 2,330.68 on the Henry Ford Productivity Index.

Most Recent Government Activity: 96 minutes ago