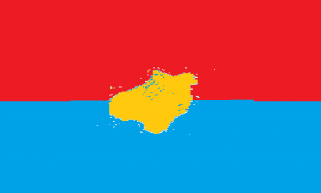 The Republic of South Covello is a massive, environmentally stunning nation, remarkable for its stringent health and safety legislation. The democratic population of 4.721 billion South Covellans are free to do what they want with their own bodies, and vote for whomever they like in elections; if they go into business, however, they are regulated to within an inch of their lives.

The large, liberal government prioritizes Education, with Environment, Healthcare, and Law & Order also on the agenda. The average income tax rate is 40.4%, but much higher for the wealthy.

The large but inefficient South Covellan economy, worth 176 trillion liberos a year, is quite specialized and led by the Tourism industry, with major contributions from Book Publishing, Cheese Exports, and Trout Farming. Black market activity is notable. State-owned companies are common. Average income is 37,329 liberos, and distributed extremely evenly, with little difference between the richest and poorest citizens.

Crime is totally unknown, thanks to a capable police force and progressive social policies in education and welfare. South Covello's national animal is the seagull, which soars majestically through the nation's famously clear skies.

South Covello is ranked 23,954th in the world and 7th in Esportiva for Largest Cheese Export Sector, scoring 4,381.79 on the Mozzarella Productivity Index.