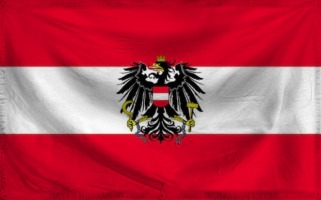 The Independant State of Sophisticated horrors is a gargantuan, environmentally stunning nation, ruled by Howard Phillip Lovecraft with an even hand, and notable for its smutty television, irreverence towards religion, and hatred of cheese. The compassionate, democratic, humorless population of 24.528 billion dreadful nightmares are fiercely patriotic and enjoy great social equality; they tend to view other, more capitalist countries as somewhat immoral and corrupt.

The enormous, socially-minded government prioritizes Education, although Administration, Environment, and Welfare are also considered important, while Spirituality and Defense receive no funds. It meets to discuss matters of state in the capital city of R´lyeh. The average income tax rate is 98.5%.

The frighteningly efficient dreadful nightmarish economy, worth a remarkable 4,635 trillion innocent victims a year, is driven entirely by a combination of government and state-owned industry, with private enterprise illegal. The industrial sector, which is quite specialized, is led by the Book Publishing industry, with major contributions from Information Technology, Tourism, and Basket Weaving. Average income is an impressive 188,974 innocent victims, and distributed extremely evenly, with little difference between the richest and poorest citizens.

Nothing gets the party jumping like Howard Phillip Lovecraft specifying how high, it turns out that you actually can put a price on intangible cultural heritage, school teachers check the staff room for hidden webcams before complaining about rebellious students, and the steaks are too high for ambassadors to butcher foreign relationships. Crime is totally unknown, thanks to a capable police force and progressive social policies in education and welfare. Sophisticated horrors's national animal is the cthulhu, which frolics freely in the nation's many lush forests, and its national religion is none.

Sophisticated horrors is ranked 1,716th in the world and 3rd in Greifenreservat for Largest Publishing Industry, scoring 29,113.36 on the Bella Potter Productivity e-Index.