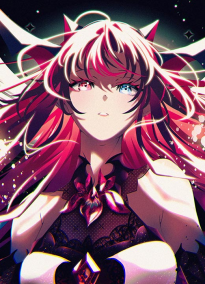 The Raider named Steak😎 of Snowflame is a colossal, orderly nation, ruled by The East Municable Weapons Company with an iron fist, and notable for its daily referendums, compulsory military service, and absence of drug laws. The hard-nosed, hard-working, cynical, devout population of 8.35 billion Snowflameans are rabid consumers, partly through choice and partly because the government tells them to and dissenters tend to vanish from their homes at night.

The tiny, corrupt government prioritizes Defense, although Education, Industry, and Healthcare are also considered important, while Environment and International Aid aren't funded at all. It meets to discuss matters of state in the capital city of North Santiago. Citizens pay a flat income tax of 7.4%.

The all-consuming Snowflamean economy, worth 805 trillion Fireballs a year, is broadly diversified and led by the Retail industry, with major contributions from Arms Manufacturing, Uranium Mining, and Basket Weaving. Average income is 96,454 Fireballs, but there is a large disparity between incomes, with the richest 10% of citizens earning 368,031 per year while the poor average 17,488, a ratio of 21.0 to 1.

The carcasses of double-deckers can be found littering high streets all around the country, card collectors duel to the death, it turns out that money can buy you happiness, and military units are often seen arguing over which one is truly favored by the gods. Crime, especially youth-related, is relatively low. Snowflame's national animal is the panther, which teeters on the brink of extinction due to widespread deforestation, and its national religion is Snowology.

Snowflame is ranked 8,642nd in the world and 13th in Thaecia for Largest Retail Industry, scoring 12,843.54 on the Shrinkwrap Consignment Productivity Index.