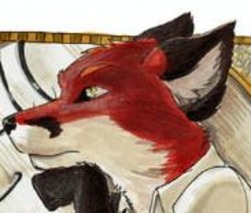 The Scritchy Furpile of Slys Paws is a gargantuan, environmentally stunning nation, ruled by Sly with an even hand, and notable for its parental licensing program, keen interest in outer space, and stringent health and safety legislation. The compassionate, democratic population of 27.587 billion Slys Pawsians enjoy extensive civil rights and enjoy a level of social equality free from the usual accompanying government corruption.

The government — a sprawling, bureaucracy-choked, socially-minded morass — juggles the competing demands of Education, Law & Order, and Environment. The income tax rate is 100%.

The enormous but underdeveloped Slys Pawsian economy, worth a remarkable 2,793 trillion Champies a year, is driven almost entirely by government activity. The industrial sector is solely comprised of the Tourism industry. State-owned companies are reasonably common. Average income is an impressive 101,271 Champies, and distributed extremely evenly, with practically no difference between the richest and poorest citizens.

Telling someone to 'break a leg' is considered a criminal inducement to self harm, one tree's worth of paperwork accompanies each imported log of timber, on-duty Air Slys Paws flight attendants are usually seen napping in first class, and it ain't easy to be green enough to be imported into Slys Paws. Crime is totally unknown, thanks to the all-pervasive police force and progressive social policies in education and welfare. Slys Paws's national animal is the Fox, which frolics freely in the nation's many lush forests.

Slys Paws is ranked 78,749th in the world and 2,940th in The East Pacific for Most Politically Free, scoring 69.9 on the Diebold Election Inking Scale.

Most Recent Government Activity: 110 minutes ago

Martian States of America, and