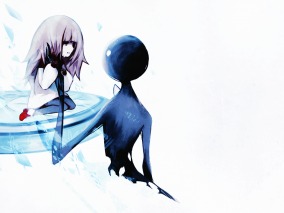 The Schmilco of Shrug and Destroy is a huge, safe nation, notable for its compulsory military service, free-roaming dinosaurs, and ban on automobiles. The compassionate population of 798 million Shrug and Destroyians are highly moralistic and fiercely conservative, in the sense that they tend to believe most things should be outlawed. People who have good jobs and work quietly at them are lauded; others are viewed with suspicion.

The relatively small government juggles the competing demands of Defense, Law & Order, and Industry. The average income tax rate is 23.0%, but much higher for the wealthy.

The very strong Shrug and Destroyian economy, worth 56.9 trillion wilcoes a year, is broadly diversified and led by the Arms Manufacturing industry, with major contributions from Basket Weaving, Uranium Mining, and Information Technology. Black market activity is notable. State-owned companies are common. Average income is 71,249 wilcoes, and distributed extremely evenly, with little difference between the richest and poorest citizens.

The family summer vacation has become a thing of the past following the introduction of the year-round school year, the government is in utter turmoil following the recent abolishment of the tax code, the silencing of dissent speaks volumes about the quality of Shrug and Destroyian democracy, and female newsreaders distract the nation by breastfeeding during broadcast. Crime, especially youth-related, is totally unknown, thanks to a capable police force and progressive social policies in education and welfare. Shrug and Destroy's national animal is the schmilco, which teeters on the brink of extinction due to widespread deforestation.

Shrug and Destroy is ranked 192,525th in the world and 6th in The Democratic Sphere for Most Valuable International Artwork, with zero Bank.