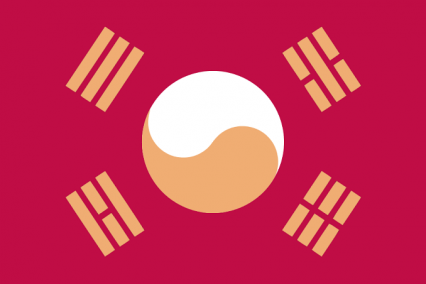 The Kingdom of Shilla-Goguryeo is a massive, cultured nation, ruled by 세바스티안 with an even hand, and remarkable for its museums and concert halls, pith helmet sales, and frequent executions. The hard-nosed, devout population of 1.89 billion Goshillans are highly moralistic and fiercely conservative, in the sense that they tend to believe most things should be outlawed. People who have good jobs and work quietly at them are lauded; others are viewed with suspicion.

The medium-sized, corrupt government juggles the competing demands of Defense, Education, and Welfare. It meets to discuss matters of state in the capital city of Euljiro. The average income tax rate is 52.6%.

The all-consuming Shilla-Goguryeoan economy, worth 243 trillion yeons a year, is broadly diversified and led by the Tourism industry, with major contributions from Information Technology, Arms Manufacturing, and Book Publishing. State-owned companies are common. Average income is an impressive 128,748 yeons, and evenly distributed, with the richest citizens earning only 4.0 times as much as the poorest.

Carrots are orange, apples are red and food waste is increasing, fur coats have become the latest fashion trend, worrywarts have started advocating for a paint ban, and soldiers have a preference for fire-and-forget payloads. Crime, especially youth-related, is totally unknown, thanks to a capable police force and progressive social policies in education and welfare. Shilla-Goguryeo's national animal is the drunken tiger, which frolics freely in the nation's many lush forests, and its national religion is 신교 Shamanism.

Shilla-Goguryeo is ranked 42,982nd in the world and 3rd in East Asia for Most Valuable International Artwork, with 3.69 Bank.