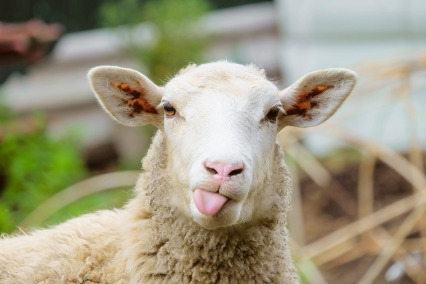 The Legend of Sheepy Hollow is a massive, orderly nation, ruled by The Sage with an iron fist, and notable for its teetotalling pirates, deadly medical pandemics, and multi-spousal wedding ceremonies. The hard-nosed, hard-working, cynical, humorless population of 3.361 billion Sheeples are kept under strict control by the oppressive government, which measures its success by the nation's GDP and refers to individual citizens as "human resources."

The frighteningly efficient Sheepy Hollowian economy, worth 277 trillion Wools a year, is highly specialized and mostly comprised of black market activity, especially in Trout Farming and Soda Sales. Average income is 82,515 Wools, but there is a large disparity between incomes, with the richest 10% of citizens earning 311,294 per year while the poor average 15,235, a ratio of 20.4 to 1.

Children have lost interest in toy guns in favor of toy meth lab kits, the space program has been scrapped in order to focus on more terrestrial pursuits, parents must decide between buying food and taking their children to the park, and Court TV ratings have skyrocketed now that executions are filmed on location. Crime is a problem. Sheepy Hollow's national animal is the Ghost Shepherd, which frolics freely in the nation's many lush forests, and its national religion is Ancestor Worship.

Sheepy Hollow is ranked 250,654th in the world and 155th in Caer Sidi for Safest, scoring 5.32 on the Bubble-Rapp Safety Rating.