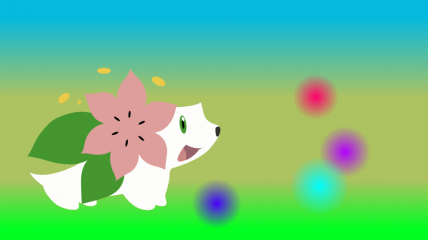 The Federation of Shaymin is a colossal, cultured nation, ruled by Aumetra Revan with a fair hand, and notable for its daily referendums, multi-spousal wedding ceremonies, and unlimited-speed roads. The democratic population of 5.858 billion Shayminians are free to do what they want with their own bodies, and vote for whomever they like in elections; if they go into business, however, they are regulated to within an inch of their lives.

The large, liberal, socially-minded, outspoken government juggles the competing demands of Education, Healthcare, and Spirituality. It meets to discuss matters of state in the capital city of Greenbush. The average income tax rate is 56.4%, and even higher for the wealthy.

The large but sluggish Shayminian economy, worth 156 trillion Pokedollars a year, is driven entirely by a combination of government and state-owned industry, with private enterprise illegal. The industrial sector, which is fairly diversified, is dominated by the Tourism industry, with significant contributions from Information Technology, Trout Farming, and Book Publishing. Average income is 26,732 Pokedollars, and distributed extremely evenly, with practically no difference between the richest and poorest citizens.

Feeling like a winner comes at a price, the fattest folk in Shaymin look to be the happiest ones, smoking is banned in public areas, and where there's smoke there's the Shayminian Forestry Department. Crime, especially youth-related, is totally unknown. Shaymin's national animal is the Green-Bushed Shaymin, which frolics freely in the nation's many lush forests, and its national religion is Shayminism.

Shaymin is ranked 74,866th in the world and 3rd in Pocket Monster Isles for Most Influential, scoring 472 on the Soft Power Disbursement Rating.