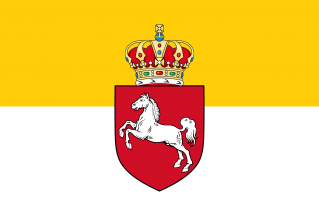 The Democratic Monarchy of Seristria is a massive, socially progressive nation, ruled by Ernst August of Hanover with an even hand, and notable for its daily referendums, digital currency, and stringent health and safety legislation. The compassionate, democratic population of 4.536 billion Seristrians enjoy extensive civil freedoms, particularly in social issues, while business tends to be more regulated.

The large government juggles the competing demands of Education, Industry, and Healthcare. It meets to discuss matters of state in the capital city of Hanover. The average income tax rate is 76.6%, and even higher for the wealthy.

The frighteningly efficient Seristrian economy, worth 519 trillion Marks a year, is quite specialized and led by the Information Technology industry, with major contributions from Tourism, Book Publishing, and Retail. State-owned companies are reasonably common. Average income is an impressive 114,459 Marks, and evenly distributed, with the richest citizens earning only 2.0 times as much as the poorest.

Confessions don't count if suffixed with "izzle", farting etiquette is taught in schools, the government funds large training centres to turn Horses into functioning members of society, and protests are legal but strictly supervised. Crime, especially youth-related, is totally unknown, thanks to a capable police force and progressive social policies in education and welfare. Seristria's national animal is the Horse, which frolics freely in the nation's many lush forests, and its national religion is Protestantism.

Novo Portugal, and 22 others.