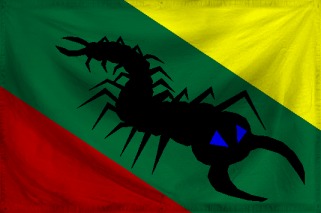 Noninvasive Encephalonic Enhancement Joint Architecture, or NEENJA (pronounced with a long 'e' and a hard 'j'), is a series of standards that define the operation and interaction of systems designed to augment the mental 'clock speeds' of organic species to approximate, if not meet, mechanoid speeds in direct neural interfaces to external instrumentality. As used in common language, "NEENJA" usually refers to the augmentation systems and interfaces themselves, not the standard that the systems are built to.

Prior to NEENJA, direct neural interfaces were usually limited to either high-transmission speed or 'fast' surgically implantable connections to the brain ("datajacks") or low-transmission speed or 'slow' wearable external brain centers ("datanets," "skullcaps," or similar). Both operated essentially the same way: making an external cybernetic instrumentality, such as a computer or a drone, an extension of the user's nervous system. While this greatly improved the level of command over such instrumentality in comparison to physical controls, the 'decision loop' cycle time of the user-instrumentality system remained limited by the processing speed of the brain making the decisions. Only if that brain were itself specially augmented, either by cyberencephalons or a complete upload into a cyberbrain, could the decision loop's cycle time be decreased. For monetary and social reasons, the uptake of such augmentations remained limited for some time.

After the Angelic Skies Incident illustrated that a fast-thinking mechanoid force could defeat a slow-thinking organic force of much greater strength, the Triumvirate of Yut Combined Services responded with two programs: the first was the recruitment of mechanoid intelligences to act as 'shipminds' who could be counted on to take command of WarShips in an emergency. This solution did nothing for ground forces, however, who would be outclassed by faster, stronger, and more quick-thinking mechanoid drones. Therefore the second program was the development the Standard Evolved Exosuit, Limberness Enhanced (SEELE, pronounced "zay-lay" as in the German) project.

The twin problems encountered by the SEELE development teams were those of reversibility and transcription errors. The first impulse to solve the 'decision time' problem was to temporarily upload a trooper's consciousness into the suit, and then download it after the operation was complete. This reversibility was required due to the broad nature of the Triumvirate and the lack of guarantee that troopers would have (or would opt into) surgical cybernetic augmentations. The difficulty was that while engram technology and semantic web models meant that uploading and downloading were essentially solved problems, any loading process would carry with it a risk of error. These errors could be easily smoothed out naturally over time as they were overwritten, but for something being used regularly--like a battlesuit--these errors would compound until eventually the mental system of the user could break down in psychosis. This was especially true with regards to the hindbrain, which was not prone to conscious correction and could lead to insurmountable discontinuities between a user's self-perception and actual body, leading to various phantom limb syndromes and proprioception defects.

Additionally, even with successful error-less uploading and downloading there would still have been a structurally organic brain expecting a certain organic body type but instead inhabiting a battlesuit whose proportions and capabilities were far different from what the brain was expecting. This turned operating the suit into a conscious piloting effort rather than an unconscious wearing effort, thus eliminating the entire point of a battlesuit in the first place.

The solution, as it turned out, was to take the hindbrain out of the equation. This established what would eventually become NEENJA.

NEENJA uses a non-surgical process to take an engram of a user's forebrain, calibrated to the species of the user. It then suppresses the forebrain, putting the user into a coma-like state. The engram is uploaded onto a mechanoid substrate where, with its input and output paths well understood, it is integrated with an artificial hindbrain which is part of the instrumentality being controlled. When the uploaded mind is activated, it awakes as the same conscious individual but inside a different 'body;' this body's instinctual controls are simply understood--translated by the hindbrain--and can be immediately used. The artificial hindbrain also includes a subsentient helper expert system to aid in the transition and management of the new 'body' interface. When use of the external instrumentality is complete, NEENJA performs a selective overwrite of the user's forebrain using the changes made in the engram, reflecting memories and personality matrix adjustments. The organic forebrain is then unsuppressed and the user wakes up from their coma state.

NEENJA-compatible systems are not always purely mechanical in nature; they can also be used to establish virtual reality meeting spaces to allow for faster decision making. WarShip crews using NEENJA systems usually 'become' whatever subsystem they are responsible for and can optimize their own efficiency and interactions with other crew-systems; experiments have shown that while it is possible for a single human-equivalent intelligence to use NEENJA to command an entire WarShip, it is usually inefficient to do so due to the WarShip's inherent complex systems, subsystems, and interfaces.

For the broad majority of people, NEENJA-compatible systems pose no health risk. The uploaded state is sufficiently alien that the conscious mind finds it at least slightly uncomfortable if pondered about, though this is easily acclimated to. A significant minority of users experience headaches after re-downloading into their original brains; this is usually indicative of a minor transcriptive error and so further NEENJA system use is not recommended for at least a day.

If a user consistently gets headaches after NEENJA upload-download cycles, then this is not indicative of random error but rather a structural incompatibility in their brains to the NEENJA process. These symptoms and this incompatibility make up the Partial-Upload Aversion Syndrome (PUAvS, pronounced "poo-avs"). Diagnosis of PUAvS does not preclude a user from using NEENJA systems in the future, as this structural aversion does not lead to a greater incidence of transcription error. The PUAvS headaches, however, can mask transcription-error headaches and so further NEENJA use is mildly contraindicated.

A very small but non-negligible minority of potential users (approximately 0.0001% of the population) have an emergent structural affinity in their brains for NEENJA-compliant partial uploading distinct from a simple conscious preference for being, say, a flying battlesuit rather than a quadruplegic in a wheelchair (see 'Psychological Addiction' below). This population, lacking the normative unease felt by other users, is susceptible to quickly and easily becoming both psychologically and physically addicted to NEENJA uploading to the point that the downloading process can be lethal, either from neurological shock or from immediate withdrawal suicide risk.

Excessive proficiency in NEENJA-enabled operations or notable improvements in mood whilst partially uploaded are used to diagnose Partial-Upload Affinity Syndrome (PUAfS, pronounced "poo-affs"). Those with PUAfS are generally barred from future NEENJA use and recommended to counseling for any resulting traces of addiction. If a particular case of PUAfS goes undiagnosed for too long, they can become 'trapped' in their NEENJA instrumentality. In the case of mobile, autonomous instrumentality the usual solution is to allow them to continue living inside it, be it a battlesuit or a drone or a backhoe.

Besides the rarer PUAfS, there is a distinct psychological risk of becoming addicted to NEENJA systems due to various factors. In the case of 'information spaces' or virtual reality conferences, users can find that they think more clearly whilst partially uploaded than in their organic bodies. Most forms of NEENJA-controlled instrumentality have aspects superior to natural organic bodies, such as the ability to fly, extreme strength, agility, superior senses, and so forth. These attributes can overcome the general sense of unease usually encountered in NEENJA use, especially after a user acclimates to that unease.

The Federated Segments of Scolopendra