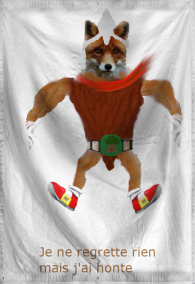 The Empire of SCIENTIFIQUE DALSACE is a massive, efficient nation, ruled by JaaJmy with an iron fist, and remarkable for its sprawling nuclear power plants, anti-smoking policies, and devotion to social welfare. The hard-nosed, cynical population of 2.645 billion Scientificians are kept under strict control by the oppressive government, which measures its success by the nation's GDP and refers to individual citizens as "human resources."

The medium-sized, corrupt government juggles the competing demands of Education, Defense, and Administration. It meets to discuss matters of state in the capital city of JaaJtown. The average income tax rate is 79.4%, and even higher for the wealthy.

The frighteningly efficient SCIENTIFIQUE DALSACEian economy, worth 425 trillion JaaJs a year, is broadly diversified and dominated by the Information Technology industry, with significant contributions from Tourism, Arms Manufacturing, and Book Publishing. Average income is an impressive 160,715 JaaJs, and evenly distributed, with the richest citizens earning only 2.6 times as much as the poorest.

Every new toxic waste dump comes with a seal of approval from the government's science advisor, more sidewalk is dedicated to animals than people, the military has forsaken terrestrial warfare, and gay men commonly complain about their time of the month. Crime, especially youth-related, is totally unknown, thanks to a capable police force and progressive social policies in education and welfare. SCIENTIFIQUE DALSACE's national animal is the Cigogne, which frolics freely in the nation's many lush forests, and its national religion is Jaajisme.

SCIENTIFIQUE DALSACE is ranked 206,486th in the world and 11th in RaAakosarde for Largest Soda Pop Sector, scoring -5.2 on the Addison-Fukk Productivity Rating.