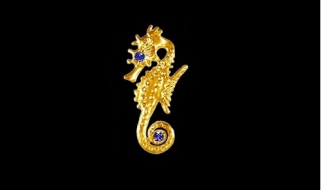 The Constitutional Monarchy of Scandaland is a gargantuan, efficient nation, ruled by Prime Minister Barnaby Wild with an even hand, and renowned for its complete lack of prisons, punitive income tax rates, and stringent health and safety legislation. The compassionate, cheerful, devout population of 37.978 billion Scandalandians enjoy extensive civil rights and enjoy a level of social equality free from the usual accompanying government corruption.

The enormous government juggles the competing demands of Education, Environment, and Healthcare. It meets to discuss matters of state in the capital city of Aldebaran. The average income tax rate is 98.1%.

The frighteningly efficient Scandalandian economy, worth a remarkable 6,341 trillion bigbucks a year, is extremely specialized and mostly made up of the Book Publishing industry. State-owned companies are reasonably common. Average income is an impressive 166,982 bigbucks, and distributed extremely evenly, with little difference between the richest and poorest citizens.

Artificial intelligences seeking exciting work are overcome with ennui, delivery truck companies use hospital parking lots to store 16-wheelers, government programs are less "written" and more "plagiarised", and many in Scandaland are born in the purple. Crime is totally unknown, thanks to a well-funded police force and progressive social policies in education and welfare. Scandaland's national animal is the golden seahorse, which frolics freely in the nation's sparkling oceans, and its national religion is none.

Scandaland is ranked 356th in the world and 1st in Free States of Gaia for Most Developed, scoring 99.1 on the Human Development Index.