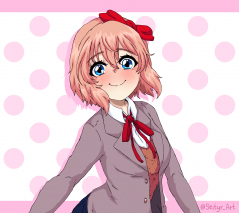 The People's Republic of Say0ri is a colossal, pleasant nation, notable for its barren, inhospitable landscape. The hard-working population of 6.51 billion Say0rians have some civil rights, but not too many, enjoy the freedom to spend their money however they like, to a point, and take part in free and open elections, although not too often.

The medium-sized government juggles the competing demands of Law & Order, Defense, and Welfare. Citizens pay a flat income tax of 19.0%.

The strong Say0rian economy, worth 316 trillion Shiny Green Things a year, is fairly diversified and led by the Arms Manufacturing industry, with major contributions from Woodchip Exports, Book Publishing, and Gambling. Average income is 48,612 Shiny Green Things, but there is a significant disparity between incomes, with the richest 10% of citizens earning 144,542 per year while the poor average 12,818, a ratio of 11.3 to 1.

Military spending recently hit a new high, the country's famous rainforests are being bulldozed by the mining industry, employers may fire workers without giving any reason, and collisions between bicycles and carnival floats are on the rise. Crime is moderate. Say0ri's national animal is the Zebra, which teeters on the brink of extinction due to widespread deforestation.

Say0ri is ranked 83,230th in the world and 1st in Doki Doki NationStates Club for Highest Wealthy Incomes, with 144,543 Standard Monetary Units.