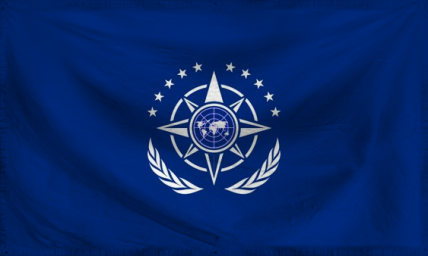 The Federal Republic of Saraai is a massive, safe nation, ruled by Bear van Bearinson with an even hand, and notable for its museums and concert halls, public floggings, and irreverence towards religion. The compassionate population of 2.951 billion Saraaians are fiercely patriotic and enjoy great social equality; they tend to view other, more capitalist countries as somewhat immoral and corrupt.

The large, socially-minded government juggles the competing demands of Healthcare, Education, and Administration. It meets to discuss matters of state in the capital city of Vlandia. The average income tax rate is 73.7%, and even higher for the wealthy.

The frighteningly efficient Saraaian economy, worth 305 trillion Medvěds a year, is driven entirely by a combination of government and state-owned industry, with private enterprise illegal. The industrial sector, which is quite specialized, is led by the Information Technology industry, with major contributions from Tourism, Book Publishing, and Basket Weaving. Average income is an impressive 103,419 Medvěds, and distributed extremely evenly, with practically no difference between the richest and poorest citizens.

Rural communities are all but disenfranchised as politicians focus all their attention on winning the deciding urban votes, the words 'private' and 'enterprise' must never appear in the same sentence, politicians who misplace decimal points on expense reports are fired for gross incompetence, and only lightning has a chance of striking Bear van Bearinson twice. Crime, especially youth-related, is totally unknown, thanks to a capable police force and progressive social policies in education and welfare. Saraai's national animal is the Bear, which frolics freely in the nation's many lush forests, and its national religion is Bearism.

Saraai is ranked 100,128th in the world and 221st in Conch Kingdom for Largest Pizza Delivery Sector, scoring 1,524.05 on the Pepperoni Propulsion Productivity Index.

Red Finlandian Guard, and 42 others.