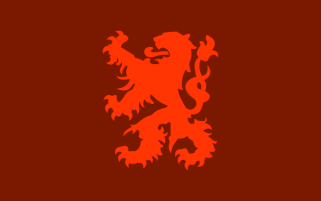 The Most Serene Noble Republic of Santheres is a gargantuan, socially progressive nation, ruled by its nobles with a fair hand, and remarkable for its smutty television, complete lack of prisons, and irreverence towards religion. The hard-nosed, hard-working, democratic, cheerful population of 34.612 billion Rezese hold their civil and political rights very dear, although the wealthy and those in business tend to be viewed with suspicion.

The minute government, or what there is of one, juggles the competing demands of Education, Environment, and Law & Order. It meets to discuss matters of state in the capital city of San Gianpiere. Income tax is unheard of.

The frighteningly efficient Rezese economy, worth a remarkable 7,653 trillion lirs a year, is driven almost entirely by the private sector, which is broadly diversified and dominated by the Tourism industry, with significant contributions from Book Publishing, Trout Farming, and Uranium Mining. State-owned companies are reasonably common. Average income is an amazing 221,108 lirs, and evenly distributed, with the richest citizens earning only 2.4 times as much as the poorest.

Politicians "baring all" for the camera isn't always a figure of speech, social media sites prompt users to send birthday greetings to unresponsive nonagenarians, any body part that can be cut off a person is no longer considered to be their property, and it takes months to get the proper permits for a child's first tricycle. Crime, especially youth-related, is totally unknown. Santheres's national animal is the lion, which is also the nation's favorite main course, and its national religion is Kirizyuntupao.

Santheres is ranked 72,755th in the world and 1st in Razulica for Most Advanced Public Education, scoring 2,127.78 on the Edu-tellignce® Test Score.