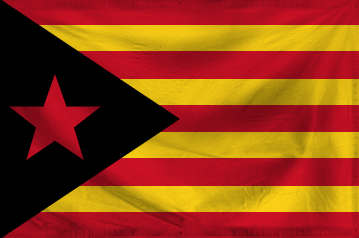 The Republic of San Diego Islands is a massive, socially progressive nation, ruled by Diego Díaz with a fair hand, and renowned for its daily referendums, pith helmet sales, and restrictive gun laws. The compassionate, democratic population of 2.182 billion San Diego Islandsians enjoy a sensible mix of personal and economic freedoms, while the political process is open and the people's right to vote held sacrosanct.

The enormous government juggles the competing demands of Education, Healthcare, and Environment. It meets to discuss matters of state in the capital city of San Diego. The average income tax rate is 74.7%, and even higher for the wealthy.

The frighteningly efficient San Diego Islandsian economy, worth 201 trillion euros a year, is quite specialized and led by the Information Technology industry, with major contributions from Trout Farming and Tourism. State-owned companies are reasonably common. Average income is 92,464 euros, and distributed extremely evenly, with little difference between the richest and poorest citizens.

Onions have been banned due to their tendency to cause eye irritation, inter-species marriages are ignored by the government, the latest "must-have" uPhone is 1/4 mm thinner than last year's uPhone, and Diego Díaz's iHouse is so intelligent that it manages its own social media accounts. Crime, especially youth-related, is totally unknown, thanks to a well-funded police force and progressive social policies in education and welfare. San Diego Islands's national animal is the giant turtle, which frolics freely in the nation's sparkling oceans.

The Anti-Social Socialists, and 7 others.