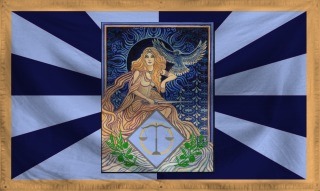 The Now Retired of Salvarity is a gargantuan, efficient nation, ruled by Thomas Insaniac with an even hand, and renowned for its barren, inhospitable landscape, smutty television, and absence of drug laws. The hard-nosed, hard-working, humorless population of 18.438 billion Salvarians have some civil rights, but not too many, enjoy the freedom to spend their money however they like, to a point, and take part in free and open elections, although not too often.

The tiny, corrupt government juggles the competing demands of Education, Industry, and Defense. It meets to discuss matters of state in the capital city of Soluain. The average income tax rate is 2.8%, but much higher for the wealthy.

The frighteningly efficient Salvarian economy, worth a remarkable 3,824 trillion Marian Denariis a year, is broadly diversified and led by the Information Technology industry, with major contributions from Retail, Book Publishing, and Soda Sales. Black market activity is frequent. Average income is an amazing 207,451 Marian Denariis, and evenly distributed, with the richest citizens earning only 2.8 times as much as the poorest.

The aphorism "there's no need to argue" has been dismissed by Salvarians, the country's famous rainforests are being bulldozed by the mining industry, the nation's most "productive" diamond mine hasn't been operational for seven months, and older ladies are inundated with offers to help them cross the road. Crime, especially youth-related, is a major problem, with the police force struggling against a lack of funding and a high mortality rate. Salvarity's national animal is the Salvarian Falcon, which is also the nation's favorite main course, and its national religion is The Church of the Most High Gods.

Salvarity is ranked 25,732nd in the world and 5th in The Empire of Mare Nostrum for Most Patriotic, with 30.35 flags saluted per person per day.