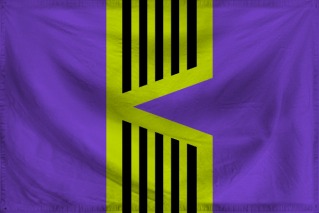 The Glorious Free Republic of Saint Kanye is a gargantuan, safe nation, ruled by President Pablo Psalm with a fair hand, and renowned for its anti-smoking policies, restrictive gun laws, and devotion to social welfare. The compassionate, democratic, cheerful population of 16.507 billion Yeezies are free to do what they want with their own bodies, and vote for whomever they like in elections; if they go into business, however, they are regulated to within an inch of their lives.

The relatively small, corrupt government prioritizes Education, with Industry, Administration, and Healthcare also on the agenda, while Defense and Spirituality aren't funded at all. It meets to discuss matters of state in the capital city of Kardashia. The average income tax rate is 17.6%, but much higher for the wealthy.

The frighteningly efficient Yeezie economy, worth a remarkable 5,844 trillion Coinyes a year, is broadly diversified and led by the Information Technology industry, with major contributions from Tourism, Book Publishing, and Retail. State-owned companies are common. Average income is an amazing 354,043 Coinyes, and distributed extremely evenly, with little difference between the richest and poorest citizens.

Code enforcement officers circle wealthy Yeezies like vultures, nude art is becoming wildly popular, politicians are often found scavenging bins at night to supplement their income, and lawyers spend as much time preparing their make-up as they do their briefs. Crime is totally unknown. Saint Kanye's national animal is the Yeezus fish, which is also the nation's favorite main course, and its national religion is various.

Saint Kanye is ranked 276,947th in the world and 195th in Atlantian Oceania for Fattest Citizens, with 0.97 Obesity Rate.