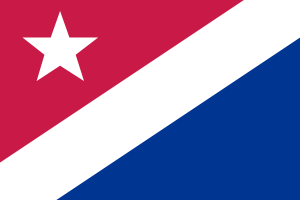 The United Settlements of S i t k a is a colossal, genial nation, ruled by Larisa Anndrasdan with a fair hand, and renowned for its burgeoning red fox population. The hard-working, democratic population of 5.201 billion Sitkans enjoy a sensible mix of personal and economic freedoms, while the political process is open and the people's right to vote held sacrosanct.

The relatively small, outspoken government juggles the competing demands of Welfare, Defense, and Law & Order. The average income tax rate is 15.0%, but much higher for the wealthy.

The Sitkan economy, worth 243 trillion dollars a year, is fairly diversified and led by the Gambling industry, with major contributions from Arms Manufacturing, Book Publishing, and Basket Weaving. State-owned companies are reasonably common. Average income is 46,841 dollars, and evenly distributed, with the richest citizens earning only 2.2 times as much as the poorest.

The Sitkan Intelligence Agency relies on internet search engines to know what is happening overseas, the government awards prizes to television shows featuring stereotype-breaking minority roles, S i t k a recently decided against having a capital city, and Larisa Anndrasdan has just been declared ruler of S i t k a in an international press conference. Crime is almost non-existent, thanks to a capable police force and progressive social policies in education and welfare. S i t k a's national animal is the red fox, which can occasionally be seen sifting through garbage in the nation's cities.

S i t k a is ranked 172,826th in the world and 30th in The United Islands of the Atlantic for Most Authoritarian, with 380.6 milliStalins.