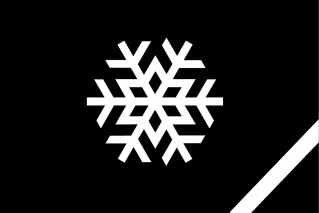 The Principality of Ruvelka is a gargantuan, orderly nation, ruled by Captain-General Elsa Szekeres with an iron fist, and remarkable for its state-planned economy, irreverence towards religion, and suspicion of poets. The hard-nosed, hard-working, cynical population of 14.068 billion Ruvelkans are ruled by a mostly-benevolent dictator, who grants the populace the freedom to live their own lives but watches carefully for anyone to slip up.

The enormous, corrupt, well-organized government juggles the competing demands of Law & Order, Defense, and Social Policy. It meets to discuss matters of state in the capital city of Debrecen. The average income tax rate is 78.5%.

The strong Ruvelkan economy, worth 954 trillion Laris a year, is driven entirely by a combination of government and state-owned industry, with private enterprise illegal. The industrial sector, which is broadly diversified, is led by the Trout Farming industry, with major contributions from Woodchip Exports, Gambling, and Uranium Mining. Average income is 67,883 Laris, and evenly distributed, with the richest citizens earning only 4.7 times as much as the poorest.

Religious organizations are being forced to leave the country or pay income taxes like everybody else, troops are either deafened by gunfire or a hysterical voice screaming the Party manifesto, teams of painters are converting road signs from horse lengths to kilometers, and skateboarding is punishable by heavy fines. Crime, especially youth-related, is totally unknown, thanks to the all-pervasive police force and progressive social policies in education and welfare. Ruvelka's national animal is the Ruvelkan Wolf, which frolics freely in the nation's many lush forests.

Most Recent Government Activity: 40 days ago