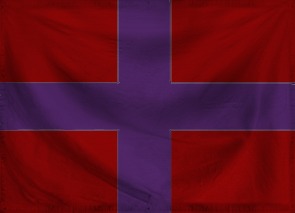 The Commonwealth of Rubian Empire is a colossal, safe nation, ruled by Matthaios Angelos with an iron fist, and remarkable for its ubiquitous missile silos, punitive income tax rates, and restrictive gun laws. The compassionate, cynical, cheerful population of 8.389 billion Rubians are ruled with an iron fist by the socialist government, which grants its people the freedom to do whatever they like so long as it doesn't involve getting richer than anybody else or challenging the government.

The large, corrupt, socially-minded, well-organized government juggles the competing demands of Defense, Education, and Administration. It meets to discuss matters of state in the capital city of Ruby. The income tax rate is 100%.

The frighteningly efficient Rubian Empirean economy, worth a remarkable 2,714 trillion Angelos a year, is driven entirely by a combination of government and state-owned industry, with private enterprise illegal. The industrial sector, which is quite specialized, is led by the Information Technology industry, with major contributions from Arms Manufacturing, Tourism, and Beef-Based Agriculture. Average income is an amazing 323,561 Angelos, and distributed extremely evenly, with practically no difference between the richest and poorest citizens.

Children wondering what happens to pets after they die are shown where the compost heap is, running away is an essential part of the elite forces' hand-to-hand training, citizens are allowed to rise or fall based on their own merits, and Brown Sugar 101 is a popular course at community colleges. Crime, especially youth-related, is totally unknown, thanks to a capable police force and progressive social policies in education and welfare. Rubian Empire's national animal is the Hawk, which soars majestically through the nation's famously clear skies, and its national religion is Secular.

Black Hawk Raider Refugees, and 10 others.