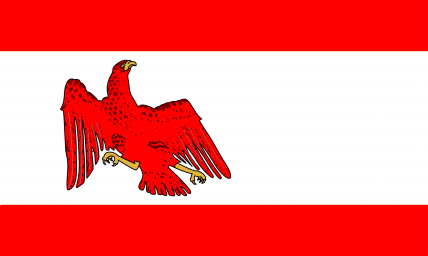 The Federal Republic of Rotenstein is a huge, safe nation, remarkable for its museums and concert halls, irreverence towards religion, and absence of drug laws. The compassionate, democratic population of 386 million Rotensteiners hold their civil and political rights very dear, although the wealthy and those in business tend to be viewed with suspicion.

The medium-sized, outspoken government juggles the competing demands of Education, Industry, and Healthcare. It meets to discuss matters of state in the capital city of Rotadlerburg. The average income tax rate is 42.5%, but much higher for the wealthy.

The frighteningly efficient Rotensteinian economy, worth 38.1 trillion marks a year, is broadly diversified and led by the Information Technology industry, with significant contributions from Book Publishing, Beef-Based Agriculture, and Trout Farming. State-owned companies are common. Average income is 98,688 marks, and distributed extremely evenly, with little difference between the richest and poorest citizens.

Rotenstein is ranked 33,290th in the world and 393rd in Europe for Highest Average Incomes, with 98,688.79 Standard Monetary Units.