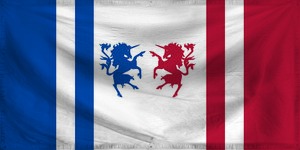 The Constitutional Empire of Rohane Alista is a gargantuan, environmentally stunning nation, ruled by Her Eminence Jasmine Turak with an even hand, and notable for its museums and concert halls, sprawling nuclear power plants, and multi-spousal wedding ceremonies. The compassionate, humorless population of 20.626 billion Rohanians enjoy extensive civil freedoms, particularly in social issues, while business tends to be more regulated.

The enormous government juggles the competing demands of Education, Defense, and Healthcare. It meets to discuss matters of state in the capital city of Calihain. The income tax rate is 100%.

The frighteningly efficient Rohanian economy, worth a remarkable 3,934 trillion Namis a year, is quite specialized and led by the Tourism industry, with major contributions from Book Publishing and Information Technology. State-owned companies are reasonably common. Average income is an impressive 190,750 Namis, and distributed extremely evenly, with little difference between the richest and poorest citizens.

The well-to-do in Mystria are never on time for important appointments, community-designed sword prostheses are becoming dangerously common, motivational posters send motorists positive vibes in high-risk areas, and the dessert 'Death by Chocolate' isn't the most lethal dish on the menu. Crime is totally unknown, thanks to a well-funded police force and progressive social policies in education and welfare. Rohane Alista's national animal is the Rohanian Destrier, which is also the nation's favorite main course.

Rohane Alista is ranked 269,955th in the world and 37th in Mystria for Most Avoided, scoring 0.48 on the Kardashian Reflex Score.