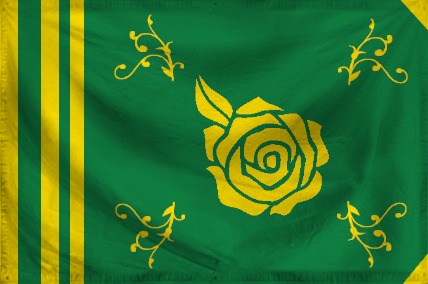 The Utopian Kingdom of the Union of Roendavar is a colossal, cultured nation, ruled by Celion Faunus Eleos Caenalren Iralethias with an even hand, and renowned for its ban on automobiles, absence of drug laws, and restrictive gun laws. The compassionate, democratic, cheerful population of 9.443 billion Roendavareils enjoy extensive civil rights and enjoy a level of social equality free from the usual accompanying government corruption.

The large, socially-minded government juggles the competing demands of Education, Environment, and Administration. It meets to discuss matters of state in the capital city of Dociara City. The average income tax rate is 99.2%.

The frighteningly efficient Roendavarian economy, worth a remarkable 2,093 trillion Roendavarian Areus a year, is highly specialized and led by the Information Technology industry, with major contributions from Tourism and Book Publishing. State-owned companies are common. Average income is an amazing 221,749 Roendavarian Areus, and distributed extremely evenly, with practically no difference between the richest and poorest citizens.

Hospitals are amongst the best-funded in the region, pocket calculators are seen as status symbols for the ostentatiously wealthy, hospitals in Roendavar are too busy serving the needs of The Western Isles to see Roendavareils, and politicians "baring all" for the camera isn't always a figure of speech. Crime is totally unknown. Roendavar's national animal is the Great Deer, which frolics freely in the nation's many lush forests, and its national religion is Protacism.

Roendavar is ranked 8,376th in the world and 16th in The Western Isles for Most Secular, with 96.22 Atheism Rate.