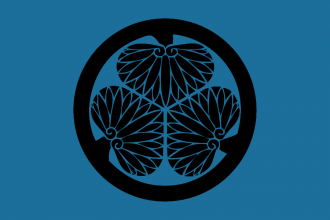 The Incorporated States of Rixurian Conglomerate is a massive, environmentally stunning nation, ruled by Rixu Synthesia with an iron fist, and renowned for its vat-grown people, digital currency, and devotion to social welfare. The hard-nosed, cynical, humorless population of 2.261 billion Rixurian Conglomerateans are ruled by a mostly-benevolent dictator, who grants the populace the freedom to live their own lives but watches carefully for anyone to slip up.

The medium-sized, corrupt, well-organized government prioritizes Education, although Healthcare, Law & Order, and Administration are also considered important, while Spirituality and International Aid aren't funded at all. It meets to discuss matters of state in the capital city of Rixu. The average income tax rate is 62.9%, and even higher for the wealthy.

The frighteningly efficient Rixurian Conglomeratean economy, worth 305 trillion Ixes a year, is fairly diversified and dominated by the Information Technology industry, with significant contributions from Arms Manufacturing, Tourism, and Uranium Mining. Average income is an impressive 135,297 Ixes, and distributed extremely evenly, with little difference between the richest and poorest citizens.

Only adults may purchase violent video games, royal princesses are recognizable by their plastic tiaras, government officials stay up all night in flame wars with their constituents, and the military is on a massive recruiting drive in advance of an invasion of Brasilistan. Crime, especially youth-related, is totally unknown, thanks to a capable police force and progressive social policies in education and welfare. Rixurian Conglomerate's national animal is the Grey Foxes, which is also the nation's favorite main course, and its national religion is Synthesiaism.

Rixurian Conglomerate is ranked 24,203rd in the world and 58th in Lands End for Most Efficient Economies, scoring 98 on the Krugman-Greenspan Business Outlook Index.