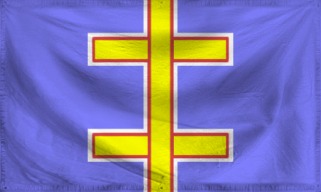 The Commonwealth of Requand is a gargantuan, cultured nation, renowned for its complete lack of prisons, unlimited-speed roads, and national health service. The compassionate, democratic, cheerful population of 11.72 billion Requans enjoy extensive civil rights and enjoy a level of social equality free from the usual accompanying government corruption.

The enormous, liberal, socially-minded government juggles the competing demands of Education, Healthcare, and Welfare. It meets to discuss matters of state in the capital city of Phenna. The average income tax rate is 99.9%.

The frighteningly efficient Requan economy, worth a remarkable 2,456 trillion Fentoes a year, is driven entirely by a combination of government and state-owned industry, with private enterprise illegal. The industrial sector, which is highly specialized, is led by the Information Technology industry, with significant contributions from Book Publishing and Tourism. Average income is an amazing 209,636 Fentoes, and distributed extremely evenly, with practically no difference between the richest and poorest citizens.

In a fit of passion Leader has shredded thirty years' worth of petitions, when their backs are against the walls Requans look out for gay men, the 'kind of scrawny' 500 meter hurdle is a popular event, and sex changes are routinely performed at Requand's hospitals. Crime is totally unknown. Requand's national animal is the Butterfly, which soars majestically through the nation's famously clear skies.

Requand is ranked 2,394th in the world and 9th in Democratic Socialist Assembly for Highest Poor Incomes, with 190,747.3 Standard Monetary Units.