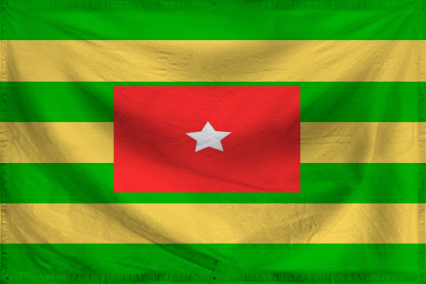 The Welfare State of Republik Hintonia is a massive, safe nation, ruled by Markeretik with an even hand, and renowned for its ubiquitous missile silos, national health service, and irreverence towards religion. The compassionate, hard-working population of 1.711 billion Hintonians enjoy extensive civil freedoms, particularly in social issues, while business tends to be more regulated.

The medium-sized, corrupt government juggles the competing demands of Education, Administration, and Industry. It meets to discuss matters of state in the capital city of Hintonia City. The average income tax rate is 69.7%, and even higher for the wealthy.

The frighteningly efficient Hintonian economy, worth 264 trillion Republikmarks a year, is fairly diversified and led by the Information Technology industry, with significant contributions from Book Publishing, Tourism, and Arms Manufacturing. Average income is an impressive 154,556 Republikmarks, and evenly distributed, with the richest citizens earning only 2.2 times as much as the poorest.

People who have had childhood imaginary friends are told they can't ever be trusted with guns, seven-year-olds debate for weeks on the merits of the Oxford comma, members of the government all have oddly similar anecdotes about their childhoods, and candidates for public office painstakingly research their family trees to ensure their eligibility. Crime is totally unknown, thanks to a capable police force and progressive social policies in education and welfare. Republik Hintonia's national animal is the Liger, which is also the nation's favorite main course.

Republik Hintonia is ranked 17,477th in the world and 561st in the South Pacific for Most Advanced Public Education, scoring 7,966.99 on the Edu-tellignce® Test Score.