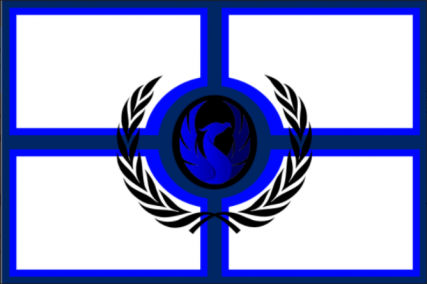 The Republicae Phoenix of Republic of Terra Nova is a massive, safe nation, ruled by Me with an even hand, and remarkable for its compulsory military service, complete lack of prisons, and frequent executions. The hard-nosed, hard-working, democratic population of 2.441 billion Terranovans have some civil rights, but not too many, enjoy the freedom to spend their money however they like, to a point, and take part in free and open elections, although not too often.

The relatively small government juggles the competing demands of Healthcare, Defense, and Environment. It meets to discuss matters of state in the capital city of Terranovare. The average income tax rate is 16.3%.

The thriving Republic of Terra Novan economy, worth 193 trillion Credits a year, is fairly diversified and led by the Tourism industry, with major contributions from Arms Manufacturing, Beef-Based Agriculture, and Retail. Average income is 79,388 Credits, and evenly distributed, with the richest citizens earning only 3.3 times as much as the poorest.

A typical fast food menu item could serve a small army, X-Files ratings have hit an all-time low, surrealist houses shaped like mushrooms and volcanoes dominate the wealthiest neighborhoods, and Me will only ring up foreign leaders if they agree to reverse the charges. Crime, especially youth-related, is totally unknown, thanks to a capable police force and progressive social policies in education and welfare. Republic of Terra Nova's national animal is the Phoenix, which soars majestically through the nation's famously clear skies, and its national religion is Terran Catholicism.

Republic of Terra Nova is ranked 113,213th in the world and 20th in Callista for Most Primitive, scoring -47.43 on the Scary Big Number Scale.