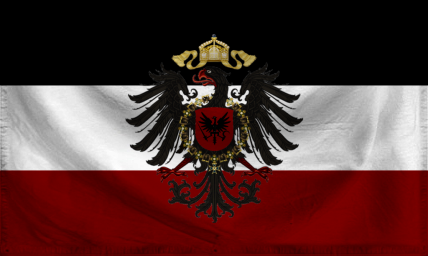 The Neue Kaiserliche Ordnung of Reorganisieren Reichregierung is a gargantuan, orderly nation, ruled by Kaiser Wilhelm III von Hohenzollern with an iron fist, and remarkable for its barren, inhospitable landscape, vat-grown people, and unlimited-speed roads. The hard-nosed, hard-working, cynical, humorless, devout population of 11.591 billion Germans are ruled with an iron fist by the corrupt, dictatorship government, which oppresses anyone who isn't on the board of a Fortune 500 company. Large corporations tend to be above the law, and use their financial clout to gain ever-increasing government benefits at the expense of the poor and unemployed.

The relatively small, corrupt, pro-business, well-organized government is primarily concerned with Defense, although Industry and Law & Order are also considered important, while Environment and Welfare aren't funded at all. It meets to discuss matters of state in the capital city of Welthauptstadt Germania. The average income tax rate is 26.5%.

The frighteningly efficient German economy, worth a remarkable 4,149 trillion Reichsmarks a year, is broadly diversified and led by the Arms Manufacturing industry, with significant contributions from Information Technology, Retail, and Uranium Mining. Black market activity is rampant. Average income is an amazing 357,992 Reichsmarks, and evenly distributed, with the richest citizens earning only 4.6 times as much as the poorest.

Twins move across the country to avoid being accused of the other's crimes, massive new slaughterhouses are being hailed as a sign of progress, half-submerged and flooded seaside hotels are technically still next to the beach, and the restriction that you must be over 1.1 metres tall to ride a carnotaurus has recently been waived. Crime, especially youth-related, is totally unknown, thanks to a capable police force and progressive social policies in education and welfare. Reorganisieren Reichregierung's national animal is the Reich Eagle, which is also the nation's favorite main course, and its national religion is Christianity.

Reorganisieren Reichregierung is ranked 50,935th in the world and 1st in The Grand Dominion for Most World Assembly Endorsements, with zero valid endorsements.