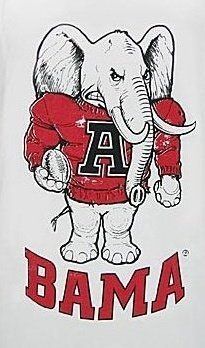 The Free Land of Really Big Bama Fan is a huge, socially progressive nation, renowned for its irreverence towards religion, absence of drug laws, and complete absence of social welfare. The hard-nosed, hard-working, democratic population of 244 million Really Big Bama Fanians live in a state of perpetual fear, as a complete breakdown of social order has led to the rise of order through biker gangs.

The frighteningly efficient Really Big Bama Fanian economy, worth 24.3 trillion Crimsons a year, is driven almost entirely by the private sector, which is broadly diversified and led by the Retail industry, with major contributions from Soda Sales, Information Technology, and Beef-Based Agriculture. Average income is 99,553 Crimsons, but there is a large disparity between incomes, with the richest 10% of citizens earning 434,356 per year while the poor average 14,418, a ratio of 30.1 to 1.

Children gain their first sex education from reading the dictionary, minority children spend hours bussing to schools miles away from home, members of ethnic minorities are more often called "boy" or "girl" than by their actual names, and more and more people are signing up for the government party. Crime, especially youth-related, is pervasive, probably because of the absence of a police force. Really Big Bama Fan's national animal is the Elephant , which is also the nation's favorite main course.

Really Big Bama Fan is ranked 17,054th in the world and 1st in SEC Fanatics for Most Pro-Market, scoring 81.89 on the Rand Index.