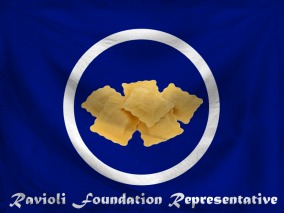 The Colony of Ravioli Representative is a colossal, efficient nation, remarkable for its irreverence towards religion. The hard-working, democratic population of 6.214 billion Ravioli Representativeans are free to succeed or fail in life on their own merits; the successful tend to enjoy an opulent (but moralistic) lifestyle, while the failures can be seen crowding out most jails.

The very strong Ravioli Representativean economy, worth 425 trillion Ravioli Coins a year, is broadly diversified and led by the Door-to-door Insurance Sales industry, with major contributions from Trout Farming, Retail, and Furniture Restoration. Average income is 68,457 Ravioli Coins, but there is a significant disparity between incomes, with the richest 10% of citizens earning 219,128 per year while the poor average 16,234, a ratio of 13.5 to 1.

A well-funded social safety net protects the unfortunate, it is illegal to make racist remarks in public, hidden bedroom-cams are installed to catch mothers doing their kids' homework, and citizens are barcoded to keep track of their movements. Crime is moderate, with the police force struggling against a lack of funding and a high mortality rate. Ravioli Representative's national animal is the Penguin, which can occasionally be seen avoiding garbage in the nation's murky oceans.

Ravioli Representative is ranked 69,394th in the world and 1st in New Yellow Empire for Most Developed, scoring 59.86 on the Human Development Index.