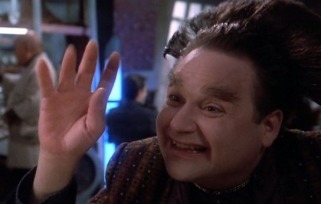 The Centauri Agricultural Colony of Ragesh 3 is a gargantuan, orderly nation, ruled by Carn Mollari with an iron fist, and remarkable for its compulsory military service, absence of drug laws, and spontaneously combusting cars. The hard-nosed, hard-working, cynical population of 11.986 billion Centauris enjoy great individual freedoms in everything except elections, which, where they exist at all, are populist shams for a dictatorship government that has no intention of ever giving up power.

The tiny, pro-business, well-organized government juggles the competing demands of Defense, Spirituality, and Industry. It meets to discuss matters of state in the capital city of Ragesh 3 Station. Citizens pay a flat income tax of 7.1%.

The thriving Ragesh 3ian economy, worth 831 trillion ducats a year, is broadly diversified and led by the Book Publishing industry, with major contributions from Automobile Manufacturing, Information Technology, and Door-to-door Insurance Sales. Average income is 69,396 ducats, but there is a vast disparity between incomes, with the richest 10% of citizens earning 471,809 per year while the poor average 3,728, a ratio of 126 to 1.

Carn Mollari has just been declared ruler of Ragesh 3 in an international press conference, Great Maker has been named as Ragesh 3's national religion, spoos are frequently shot for looking at people 'in a funny way', and movies and computer games are strictly censored for violence. Crime is a major problem, with the police force struggling against a lack of funding and a high mortality rate. Ragesh 3's national animal is the spoo, which is also the nation's favorite main course, and its national religion is Great Maker.

Ragesh 3 is ranked 217,830th in the world and 11th in Babylon 5 for Most Average, scoring 21.9 on the Average Standardized Normality Scale.

Most Recent Government Activity: 30 days ago