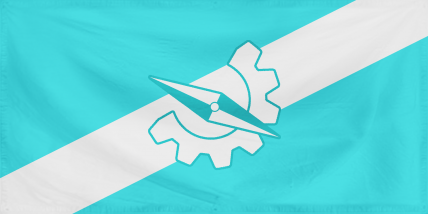 The Republic of Qastari is a gargantuan, socially progressive nation, ruled by Ariya Mareqi with an even hand, and renowned for its soft-spoken computers, smutty television, and state-planned economy. The compassionate, cheerful population of 12.526 billion Qastarians are fiercely patriotic and enjoy great social equality; they tend to view other, more capitalist countries as somewhat immoral and corrupt.

The enormous, corrupt, socially-minded government prioritizes Education, although Administration, Healthcare, and Industry are also considered important, while Spirituality isn't funded at all. It meets to discuss matters of state in the capital city of Drakhas. The average income tax rate is 99.2%.

The frighteningly efficient Qastarian economy, worth a remarkable 2,456 trillion Qastari Dollars a year, is driven entirely by a combination of government and state-owned industry, with private enterprise illegal. The industrial sector, which is quite specialized, is mostly made up of the Information Technology industry, with significant contributions from Tourism, Arms Manufacturing, and Book Publishing. Average income is an impressive 196,095 Qastari Dollars, and distributed extremely evenly, with practically no difference between the richest and poorest citizens.

Cotton candy made from genuine cotton cellulose doesn't quite satisfy, Ariya Mareqi's used car is held together by bumper stickers that support the opposition, rumour has it Ariya Mareqi needs a calculator to multiply ten by ten, and animal liberationists receive government funding to break into animal research labs. Crime is totally unknown, thanks to a well-funded police force and progressive social policies in education and welfare. Qastari's national animal is the Snake, which frolics freely in the nation's many lush forests.

Qastari is ranked 8,065th in the world and 4th in Selene for Most Beautiful Environments, with 1,771.31 pounds of wildlife per square mile.