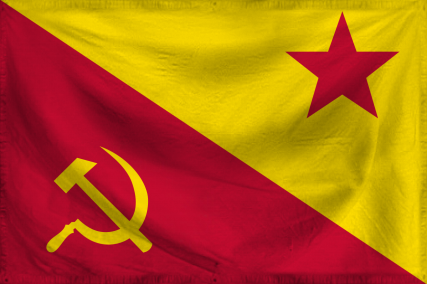 The Theocracy of Psychopaths in charge is a massive, socially progressive nation, ruled by Psychopaths with an iron fist, and renowned for its barren, inhospitable landscape, state-planned economy, and keen interest in outer space. The hard-nosed, cynical, devout population of 2.127 billion Psychopaths are ruled with an iron fist by the dictatorship government, which ensures that no-one outside the party gets too rich. In their personal lives, however, citizens are relatively unoppressed; it remains to be seen whether this is because the government genuinely cares about its people, or if it hasn't gotten around to stamping out civil rights yet.

The large government juggles the competing demands of Defense, Spirituality, and Education. It meets to discuss matters of state in the capital city of Literally Leningrad. The average income tax rate is 57.4%, and even higher for the wealthy.

The sizeable but underdeveloped a Psychopath economy, worth 69.4 trillion Peoples a year, is driven entirely by a combination of government and state-owned industry, with private enterprise illegal. The industrial sector, which is fairly diversified, is led by the Automobile Manufacturing industry, with significant contributions from Arms Manufacturing, Door-to-door Insurance Sales, and Gambling. Average income is 32,615 Peoples, and distributed extremely evenly, with little difference between the richest and poorest citizens.

Psychopaths in charge is ranked 247,255th in the world and 1st in Findaria for Most Developed, scoring 49.2 on the Human Development Index.