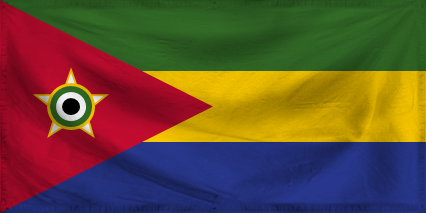 The República of Prusswitonsiakekingkailand is a gargantuan, efficient nation, ruled by Ruben Padrón with an iron fist, and renowned for its museums and concert halls, ubiquitous missile silos, and avowedly heterosexual populace. The hard-nosed, hard-working, cynical, humorless population of 10.848 billion Cabianans are kept under strict control by the oppressive government, which measures its success by the nation's GDP and refers to individual citizens as "human resources."

The large, corrupt, well-organized government is effectively ruled by the Department of Defense, although Education is also considered important, while International Aid receives no funds. It meets to discuss matters of state in the capital city of El Torida. The average income tax rate is 96.6%.

The frighteningly efficient Cabianan economy, worth a remarkable 3,484 trillion Pesos a year, is mostly comprised of black market activity, especially in Arms Manufacturing and Information Technology. State-owned companies are reasonably common. Average income is an amazing 321,243 Pesos, and distributed extremely evenly, with little difference between the richest and poorest citizens.

The nation won three wars against Brancaland this weekend, wars of expansion are described as "peacekeeping operations", military spending is on the increase, and birds and children's kites are regularly brought down by anti-aircraft fire. Crime, especially youth-related, is totally unknown. Prusswitonsiakekingkailand's national animal is the Condor, which is also the nation's favorite main course, and its national religion is Catholicism.

Prusswitonsiakekingkailand is ranked 9,194th in the world and 8th in The Coalition of Democratic Nations for Most Developed, scoring 90.77 on the Human Development Index.