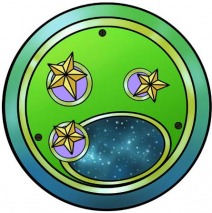 The Borderlands of Probablynotverygoodistan is a colossal, socially progressive nation, notable for its museums and concert halls, public floggings, and smutty television. The hard-nosed, hard-working population of 6.372 billion Probablynotverygoodistanians enjoy extensive civil freedoms, particularly in social issues, while business tends to be more regulated.

The medium-sized, liberal government juggles the competing demands of Healthcare, Education, and Environment. It meets to discuss matters of state in the capital city of Proboblynotverygoodburg. The average income tax rate is 37.8%, but much higher for the wealthy.

The Probablynotverygoodistanian economy, worth 492 trillion pluckies a year, is led by the Information Technology industry, with major contributions from Tourism, Book Publishing, and Retail. Black market activity is frequent. Average income is 77,294 pluckies, and distributed extremely evenly, with little difference between the richest and poorest citizens.

Surrealist houses shaped like mushrooms and volcanoes dominate the wealthiest neighborhoods, kids' party bags often contain candy and e-cigarettes, the nation's industries are scrambling to switch to biodegradable plastics, and the mining industry is making inroads into environmentally sensitive areas. Crime, especially youth-related, is pervasive, perhaps because of the country's complete lack of prisons. Probablynotverygoodistan's national animal is the Dodo, which frolics freely in the nation's many lush forests.

Probablynotverygoodistan is ranked 112,890th in the world and 2,888th in the West Pacific for Largest Manufacturing Sector, scoring 7,396.61 on the Gooback-Jerbs Productivity Index.

Isle Royale, and 52 others.