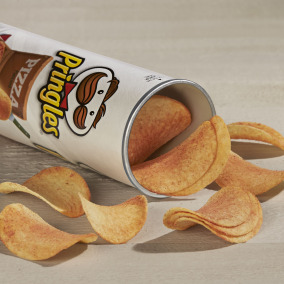 The Pringles Flavor of Pringles Pizza is a massive, socially progressive nation, ruled by Pizza Pringle Chip with a fair hand, and notable for its keen interest in outer space and absence of drug laws. The compassionate, democratic population of 3.092 billion Pringles Pizzans hold their civil and political rights very dear, although the wealthy and those in business tend to be viewed with suspicion.

The medium-sized, liberal government prioritizes Education, although Industry, Administration, and Welfare are also considered important, while Spirituality and Law & Order are ignored. It meets to discuss matters of state in the capital city of Pizia. The average income tax rate is 35.8%, but much higher for the wealthy.

The thriving Pringles Pizzan economy, worth 219 trillion dollars a year, is broadly diversified and led by the Tourism industry, with major contributions from Trout Farming, Retail, and Beef-Based Agriculture. State-owned companies are reasonably common. Average income is 70,859 dollars, and evenly distributed, with the richest citizens earning only 2.3 times as much as the poorest.

The government prides itself on being smug and condescending to idiots, polite commuters on the Pizia Metro always let hurried workers off the train first, Maxtopian tourists make expensive pilgrimages to Pizia to enjoy their national art, and hockey players who drop their gloves discard them on abandoned baseball mitts. Crime, especially youth-related, is totally unknown. Pringles Pizza's national animal is the lion, which frolics freely in the nation's many lush forests, and its national religion is Violetism.

Pringles Pizza is ranked 84,116th in the world and 58th in Autumnal Court for Largest Automobile Manufacturing Sector, scoring 2,659.5 on the Henry Ford Productivity Index.