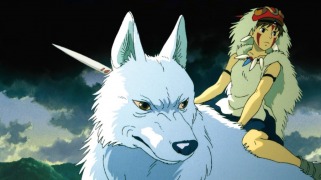 The Community of PrincessMononoke is a colossal, pleasant nation, renowned for its frequent executions. The hard-working, democratic population of 8.778 billion PrincessMononokeans have some civil rights, but not too many, enjoy the freedom to spend their money however they like, to a point, and take part in free and open elections, although not too often.

The relatively small government juggles the competing demands of Law & Order, Defense, and Welfare. The average income tax rate is 12.6%.

The PrincessMononokean economy, worth 451 trillion Deneroes a year, is fairly diversified and led by the Gambling industry, with major contributions from Arms Manufacturing, Automobile Manufacturing, and Information Technology. Average income is 51,446 Deneroes, and evenly distributed, with the richest citizens earning only 3.6 times as much as the poorest.

Voting is voluntary, the government is seen to favor Catholics, the death penalty has been reintroduced, and the judicial branch is strongly influenced by major corporations. Crime is relatively low, thanks to a capable police force and progressive social policies in education and welfare. PrincessMononoke's national animal is the Cat, which can occasionally be seen sifting through garbage in the nation's cities.

PrincessMononoke is ranked 37,066th in the world and 1st in The Shadow Nexus for Largest Populations, with 8.78 billion Capita.