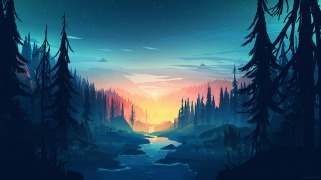 The Seaside Republic of Primorye Oblast is a gargantuan, environmentally stunning nation, renowned for its otherworldly petting zoo, devotion to social welfare, and stringent health and safety legislation. The compassionate population of 10.315 billion Primoryaniki are fiercely patriotic and enjoy great social equality; they tend to view other, more capitalist countries as somewhat immoral and corrupt.

The enormous, socially-minded government juggles the competing demands of Education, Healthcare, and Environment. It meets to discuss matters of state in the capital city of Vladivostok. The average income tax rate is 93.1%, and even higher for the wealthy.

The frighteningly efficient Primoryan economy, worth a remarkable 1,139 trillion rubles a year, is driven entirely by a combination of government and state-owned industry, with private enterprise illegal. The industrial sector, which is highly specialized, is mostly made up of the Information Technology industry, with significant contributions from Book Publishing and Tourism. Average income is an impressive 110,475 rubles, and distributed extremely evenly, with practically no difference between the richest and poorest citizens.

Eau de Trashcan has become a wildly popular perfume, many friends and relatives of Leader have been given ambassador jobs in tropical island nations, hypochondriacs demand treatment for genetic disorders they don't have, and shelters struggle to keep up with the endless intake of stray animals. Crime, especially youth-related, is totally unknown, thanks to a well-funded police force and progressive social policies in education and welfare. Primorye Oblast's national animal is the horse, which frolics freely in the nation's many lush forests, and its national religion is None.

Primorye Oblast is ranked 6,530th in the world and 85th in Europeia for Longest Average Lifespans, with 92.32 years.

Kingdom of Ones Heart,