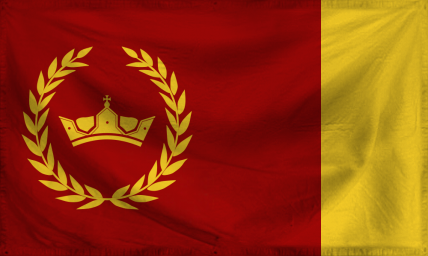 Priests of the Coin

The Holy Land of Priests of the Coin is a massive, orderly nation, ruled by Emperor Albert Koosan with an iron fist, and notable for its complete lack of prisons, zero percent divorce rate, and strictly enforced bedtime. The hard-nosed, cynical, humorless, devout population of 4.851 billion Potcesians are kept under strict control by the oppressive government, which measures its success by the nation's GDP and refers to individual citizens as "human resources."

The enormous, corrupt, moralistic, well-organized government juggles the competing demands of Law & Order, Spirituality, and Defense. It meets to discuss matters of state in the capital city of Coin Temple Hill. Citizens pay a flat income tax of 75.2%.

The frighteningly efficient Potcesian economy, worth 559 trillion Coins a year, is highly specialized and mostly comprised of black market activity, especially in Uranium Mining, Arms Manufacturing, Basket Weaving, and Furniture Restoration. State-owned companies are reasonably common. Average income is an impressive 115,317 Coins, but there is a large disparity between incomes, with the richest 10% of citizens earning 493,478 per year while the poor average 17,275, a ratio of 28.6 to 1.

Police nightsticks see use all day long, it's rare to find an unchewed pencil, women mime their gynaecological symptoms with hand-puppets, and urbanites battle to the death for penthouse apartments. Crime, especially youth-related, is totally unknown, thanks to the all-pervasive police force. Priests of the Coin's national animal is the Shrew, which teeters on the brink of extinction due to widespread deforestation, and its national religion is Coinology.

Priests of the Coin is ranked 25,407th in the world and 7th in BLITZKRIEG for Most Subsidized Industry, scoring 4,829.2 on the Gilded Widget Scale.