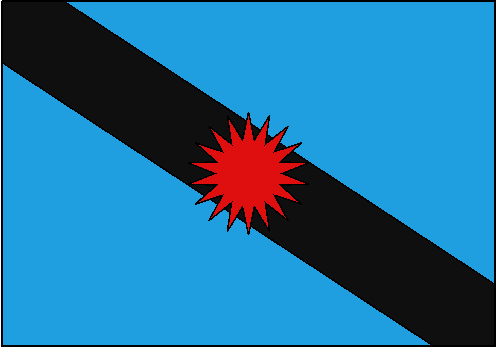 The Republic of Port Ember is a colossal, socially progressive nation, ruled by Edward Flint with an even hand, and renowned for its daily referendums, otherworldly petting zoo, and pith helmet sales. The hard-nosed, hard-working population of 7.249 billion Port Emberians are either ruled by a sleek, efficient government or a conglomerate of multinational corporations; it's difficult to tell which.

The tiny, corrupt, pro-business government juggles the competing demands of Industry, Defense, and Education. It meets to discuss matters of state in the capital city of Port Ember Megalopolis. Citizens pay a flat income tax of 4.5%.

The frighteningly efficient Port Emberian economy, worth a remarkable 2,651 trillion Aurums a year, is broadly diversified and led by the Information Technology industry, with major contributions from Retail, Arms Manufacturing, and Tourism. Black market activity is notable. Average income is an amazing 365,718 Aurums, but there is a large disparity between incomes, with the richest 10% of citizens earning 1,722,999 per year while the poor average 46,093, a ratio of 37.4 to 1.

Strict term limits have been applied to all elected offices, commemoration of the Great Northern Ocean War costs almost as much as the war itself, the military recognizes no difference between male and female soldiers, and the nation's universities are often mistaken for foreign embassies. Crime is well under control. Port Ember's national animal is the Komodo Dragon, which is also the nation's favorite main course, and its national religion is Waukeenism.

Port Ember is ranked 15,506th in the world and 6th in Northern Ocean for Most Advanced Defense Forces, scoring 7,445.08 on the Total War Preparedness Rating.