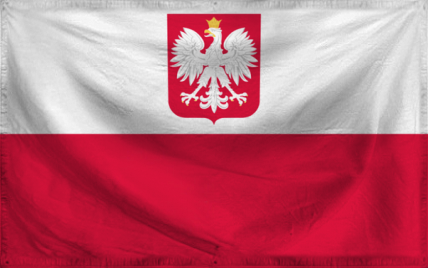 The Republic of
Polish Nomads
Capitalizt
Where ever you are, that's where you're at.
Norman Cardinal Nomadski
Influence
Page
Region
Texas
Civil Rights
World Benchmark
Economy
Frightening
Political Freedom
Excellent

The Republic of Polish Nomads is a gargantuan, socially progressive nation, ruled by Norman Cardinal Nomadski with a fair hand, and notable for its keen interest in outer space, unlimited-speed roads, and sprawling nuclear power plants. The hard-nosed, hard-working, democratic, devout population of 16.709 billion Polish Nomadsians enjoy some of the most opulent lifestyles in the region, unless they are unemployed or working-class, in which case they are variously starving to death or crippled by easily preventable diseases.

The tiny, liberal government prioritizes Education, although Industry, Defense, and Administration are also considered important, while Welfare and Social Policy are ignored. It meets to discuss matters of state in the capital city of Nomad City. The average income tax rate is 3.4%.

The frighteningly efficient Polish Nomadsian economy, worth a remarkable 3,346 trillion Zloties a year, is broadly diversified and led by the Information Technology industry, with major contributions from Retail, Book Publishing, and Soda Sales. Average income is an amazing 200,283 Zloties, and evenly distributed, with the richest citizens earning only 4.8 times as much as the poorest.

Workers have their fruitcake and eat it too, mathematicians are hated by children across the country, Occam's razor has sliced to pieces any childhood belief in Santa Claus and the Tooth Fairy, and the secret ingredient is love (and MSG). Crime, especially youth-related, is pervasive, with the police force struggling against a lack of funding and a high mortality rate. Polish Nomads's national animal is the Polish Eagle, which is also the nation's favorite main course, and its national religion is Roamin' Nomadism.

Polish Nomads is ranked 94,506th in the world and 79th in Texas for Most Inclusive, scoring 103 on the Mandela-Wollstonecraft Non-Discrimination Index.