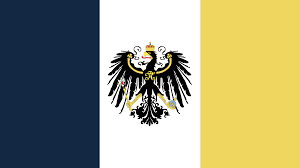 The United Kingdom of
Pluvia and the Saxean Isles
Moralistic Democracy

Pluvia is mostly Roman Catholic, though a sizable Protestant minority exists. However, state money goes to fund Catholic churches, while Protestants pay an extra tax. There is also a small pagan minority, worshiping traditional Germanic and Celtic gods and goddesses. These people are undercover, as practicing paganism is punishable by imprisonment and forced labor.

Although Pluvia is still a largely agricultural nation, it is undergoing the beginnings of an industrial revolution. Primary agricultural and pastoral products include wheat, sheep, cows, and barley. The nation also mines stone and salt, which are its primary exports. It also has a strong fishing sector, with salted cod being the primary fish used for export. However, herring and lobster are also found in Pluvia's waters. Recently discovered coal veins have increased the availability of steam power and industrial furnaces. The nation still has limited iron reserves, which limits its steel production. Some textile factories have sprung up around the Barning River, using water power. Pluvia's relatively sparse forests have led to reliance on peat as a heating source for much of the country, though the rich can afford wood and coal.

Income inequality is fairly high, as many local nobles extract rents from peasants, keeping them low-paid. People who immigrate to the city are starting to find work in factories which, while more lucrative than subsistence farming, is also low-wage work. Mining offers one way to find a higher-paying job, though usually at the expense of physical health. Meanwhile, lawyers, doctors, merchants, and artisans have formed a small middle class.

The United Kingdom of Pluvia and the Saxean Isles