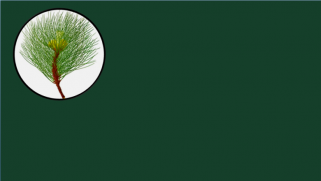 The Colony of Pinopalustris is a gargantuan, safe nation, notable for its state-planned economy, devotion to social welfare, and stringent health and safety legislation. The hard-nosed, democratic population of 16.387 billion Pinopalustrians love a good election, and the government gives them plenty of them. Universities tend to be full of students debating the merits of various civil and political rights, while businesses are tightly regulated and the wealthy viewed with suspicion.

The enormous, socially-minded, outspoken government juggles the competing demands of Welfare, Healthcare, and Spirituality. The average income tax rate is 69.6%, and even higher for the wealthy.

The large but sluggish Pinopalustrian economy, worth 370 trillion florins a year, is driven entirely by a combination of government and state-owned industry, with private enterprise illegal. The industrial sector, which is quite specialized, is led by the Beef-Based Agriculture industry, with major contributions from Woodchip Exports, Arms Manufacturing, and Retail. Average income is 22,623 florins, and distributed extremely evenly, with practically no difference between the richest and poorest citizens.

Crime is totally unknown, thanks to a well-funded police force and progressive social policies in education and welfare. Pinopalustris's national animal is the longleaf pine, which frolics freely in the nation's many lush forests.

Pinopalustris is ranked 227,644th in the world and 6th in Conifer for Lowest Overall Tax Burden, scoring -10.61 on the Hayek Index.