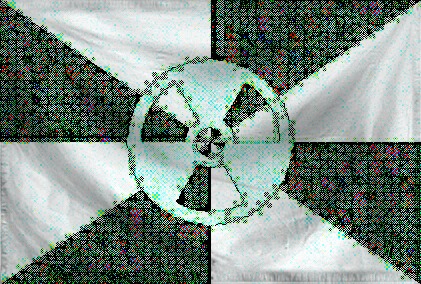 The Kingdom of Photrisia is a huge, genial nation, renowned for its barren, inhospitable landscape, disturbing lack of elderly people, and suspicion of poets. The compassionate, cynical population of 541 million Photrisians are ruled with an iron fist by the dictatorship government, which ensures that no-one outside the party gets too rich. In their personal lives, however, citizens are relatively unoppressed; it remains to be seen whether this is because the government genuinely cares about its people, or if it hasn't gotten around to stamping out civil rights yet.

The large, well-organized government juggles the competing demands of Defense, Education, and Law & Order. The average income tax rate is 39.5%.

The sizeable but inefficient Photrisian economy, worth 19.1 trillion rubledollars a year, is led by the Uranium Mining industry, with major contributions from Arms Manufacturing, Woodchip Exports, and Door-to-door Insurance Sales. Black market activity is frequent. State-owned companies are common. Average income is 35,274 rubledollars, and evenly distributed, with the richest citizens earning only 4.2 times as much as the poorest.

Orphans would rather live their life of luxury than be adopted by prospective parents, every workday begins with group therapy, prison reforms have replaced communal luaus with communal loos, and murderers frequently escape punishment by claiming they were protecting their honour. Crime, especially youth-related, is totally unknown, thanks to a well-funded police force and progressive social policies in education and welfare. Photrisia's national animal is the hawk, which can occasionally be seen dodging aircraft in the nation's cities.