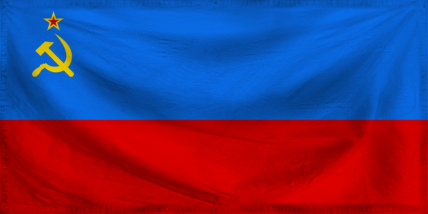 The United Socialist States of Peoples Republic of Awolnation is a colossal, cultured nation, ruled by President Dennis Sabin with an even hand, and renowned for its frequent executions, sprawling nuclear power plants, and compulsory gun ownership. The compassionate population of 8.816 billion Awolnationese enjoy extensive civil rights and enjoy a level of social equality free from the usual accompanying government corruption.

The medium-sized, corrupt, socially-minded government juggles the competing demands of Education, Defense, and Administration. It meets to discuss matters of state in the capital city of Sabinville. The average income tax rate is 96.2%.

The frighteningly efficient Awolnationese economy, worth a remarkable 1,975 trillion Denobles a year, is driven entirely by a combination of government and state-owned industry, with private enterprise illegal. The industrial sector, which is fairly diversified, is led by the Tourism industry, with major contributions from Arms Manufacturing, Information Technology, and Book Publishing. Average income is an amazing 224,044 Denobles, and distributed extremely evenly, with practically no difference between the richest and poorest citizens.

Air Peoples Republic of Awolnation is rumored to receive more government funding than the Awolnationese Air Force, 50% of adverts on children's television are for clothes made of cotton wool, abortions are routinely performed in the nation's hospitals, and the needs of the living outweigh the needs of the dead. Crime, especially youth-related, is totally unknown, thanks to a capable police force and progressive social policies in education and welfare. Peoples Republic of Awolnation's national animal is the Eagle, which soars majestically through the nation's famously clear skies, and its national religion is Roman Catholicism.

Peoples Republic of Awolnation is ranked 284,562nd in the world and 224th in The Free Nations Region for Greatest Rich-Poor Divides, with 1.22 Rich To Poor Income Ratio.